When faculty are asked about their most important roles on campus, responsibilities such as curriculum, teaching, and mentorship are most likely to be mentioned.  An area that can be overlooked, but that should be on the minds of faculty throughout the year, is the role of faculty in hiring, particularly since there have been significant changes in the past three years around hiring in the California Community College system.

In 2015, the Statewide Equal Employment Opportunity (EEO) and Diversity Advisory Committee and the California Community Colleges Chancellor’s Office (CCCCO) Legal Division developed a new EEO Fund Allocation Model.  Prior to that time, EEO Funds were allocated based on Full Time Equivalent Students (FTES), but with the change to the allocation formula, funds are now allocated to districts that meet “multiple methods of measuring success in promoting equal employment opportunity” as per Title 5 §53030(b)(2).  A legal memo, found here (http://extranet.cccco.edu/Portals/1/Legal/EEO/12.11.15_Allocation_Model_Memo.pdf), detailed to colleges what these multiple methods were.  However, the Chancellor’s Office realized that while the memo was detailed, examples and effective practices would be more helpful to colleges.  To this end, the EEO Advisory Committee began work on an Equal Employment Opportunity and Diversity Best Practices Handbook.  Published in 2016, the handbook covers topics other than hiring, but hiring practices are its focus.  Changes to the funding structure of categorical funds such as Basic Skills helped lead to the creation of this handbook, which spells out the hiring processes and procedural requirements that colleges and districts need to meet in order to secure EEO and other categorical funds.

The Equal Employment Opportunity and Diversity Best Practices Handbook spells out each of the requirements for districts to receive EEO funds.  In addition to compliance with the multiple methods, each local district’s Chief Human Resources Officer, Chief Executive Officer, and Board of Trustees must annually certify compliance with these multiple measures to receive funds.  As of 2017-18, the handbook spells out the nine possible measures and provides effective examples of each from districts around the state. The measures are as follows:

1.  The district must convene an Equal Employment Opportunity committee and demonstrate the convening through the use of minutes or other records.  That committee, in accordance with local processes, must create and submit an Equal Employment Opportunity Plan to the Chancellor’s Office. It must also submit expenditure and performance reports for the prior year.   This step is mandatory for all districts.

Districts must also comply with five of the following eight measures in 2017-18:

In the pre-hiring process:

2.  The district must demonstrate that it has adopted board policies and resolutions that show a commitment to diversifying hiring processes and procedures.

3.  The district must provide incentives to hire in hard-to-hire disciplines or areas.

4.  The district provides focused outreach and publications that demonstrate a commitment to diversifying hiring.

In the hiring process:

5.  The district has established processes and procedures for addressing diversity throughout all steps and levels of the hiring process.

6.  The district has provided consistent and ongoing training for all members of all hiring committees.

7.  The district will provide professional development focused on diversity.

8.  The district will ensure that diversity is incorporated into the tenure and evaluation process.

9.  The district will actively pursue the creation of “Grow Your Own” programs, seeking to hire students who attended California community colleges.

Beginning in 2016-17, districts were required to demonstrate that they met five of the above multiple measures, in addition to the required measure, in order to receive EEO funding.  In 2016, 77% of districts were able to demonstrate compliance by meeting at least five of the measures, and in 2017, that number rose to 94%.  In December 2017, the EEO Advisory Committee agreed to increase the number to six of the multiple measures in order for colleges to receive EEO Funding for 2018-19.

While the data that has been gathered by the Chancellor’s Office is limited (see chart below), there are some interesting and encouraging trends.  Most significantly, the data demonstrates that between Fall 2014 and Fall 2016, the percentage of newly hired tenure track faculty who indicated that they belonged to an underrepresented minority group (defined by the Chancellor’s Office as Black, Hispanic, Native American and Pacific Islander) rose by 10%.  Districts were provided significant funds to hire new faculty during this time, and it appears that these hires were more diverse than hires in the previous years.

In addition to its participation on the EEO Advisory Committee, the ASCCC has worked to revise its paper on faculty hiring.  In Spring 2017, the ASCCC plenary delegates passed resolution 3.01, which stated, “Resolved, That the Academic Senate for California Community Colleges update the paper A Re-examination of Faculty Hiring Processes and Procedures and bring it to the Spring 2018 Plenary Session for discussion and possible adoption.”  This year, the ASCCC Equity and Diversity Action Committee revised the paper, including effective practices around hiring, from the formation of the hiring committee to mentoring and retention of new hired faculty.  That paper will be brought to the Spring 2018 ASCCC Plenary Session for adoption by the body.

While service on a hiring committee can be time consuming and occasionally frustrating, it is essential that faculty serve in order to ensure that the faculty hired are the most qualified and most promising.  The use of multiple measures, coupled with faculty involvement, may help provide diverse pools for faculty hiring, both in the short and long term. 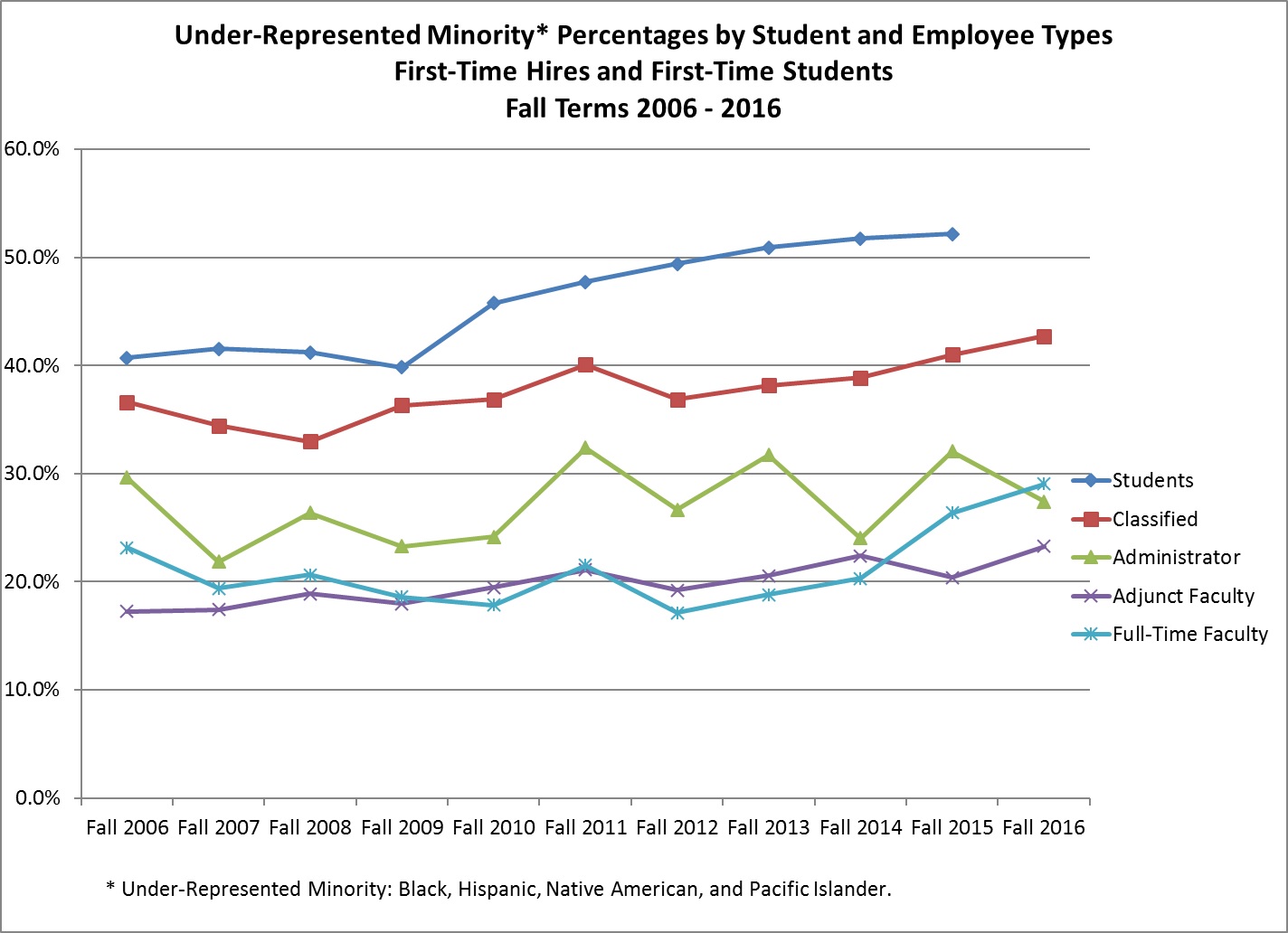